A Bone Cancer In Dog

Bone cancer in dog is also known as Osteosarcoma and it is the most common malignant bone tumor occurring in canines, and, unfortunately, Labrador retriever breeds are no exceptions.

These tumors most commonly develop in the long bones of the limbs and less frequently in the skull or bones of the spinal column.

They are locally invasive and they destroy the normal and infected bone as they progress. In some cases, they spread to the lungs causing complication to the management of the disease.

Are all Labs at risk?

Giant or large breeds, such as the Labrador retriever, have greater risks for developing bone cancer in dog.

And, to some extent, male Labs have higher risk compared to female Labs. The cancerous lesions in the bones usually start to develop between 2-8 years of age. The risk for neutered Labs for developing Osteosarcoma is considered to be higher compared to those non-neutered. 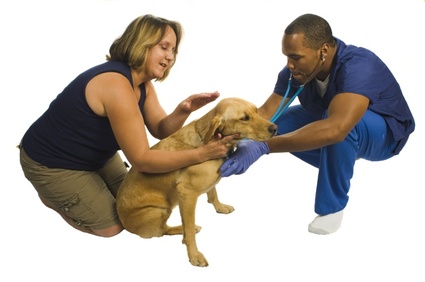 What Causes Bone Cancer In Dog?

Other risk factors are increasing height and increasing age. Additionally, total hip replacement surgery in Labs can also lead to the development of bone cancer in dog.

What Are The Symptoms?

If a Labrador retriever has contracted the disease, progressive lameness and painful swelling at the affected bone maybe the first symptoms to be noticed.

Sometimes, the presenting condition can be a sudden fracture of the affected bone. If the tumour has progressed to the metastic stage, symptoms that can be observed are enlarged lymph nodes, weight loss, or difficulty in breathing.

How Is Bone Cancer In Dog Diagnosed?

Before finally ruling in the diagnosis of osteosarcoma, it is necessary for the vet to make sure that the swelling and lameness is really caused by this kind of bone cancer in dog because other bone tumors can mask the symptoms.

So in order to take accurate results laboratory examinations are recommended, such as bone tumor biopsy by surgical sampling, bone marrow biopsy, nuclear scintigraphy or bone scans, and microscopicexaminations. Chest x-ray may also be performed to determine if the cancer cells had spread to the lungs. 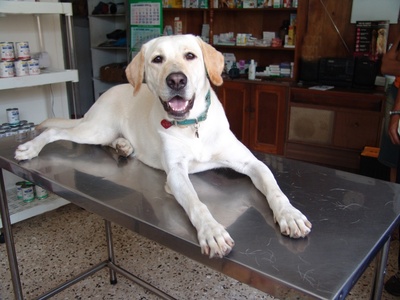 What Are The Available Treatments?

Up until present, the most effective therapy is by amputating the tumour-bearing limb and is followed by a chemotherapy known as Cisplatin.

This is done to prevent the spread of the cancer cells to other areas such as the lungs.

How Can Osteosarcoma In Labs Be Prevented?

The cause of bone cancer in dog is not completely understood and there is no cure for the disease yet. Since osteosarcoma is hereditary in nature, it is hard to prevent. However, studies show that this can hopefully be corrected if careful examination is done prior to breeding.

The Labrador Retriever And Skin Cancer

Cancer Treatment And Care For Labs

Lymphoma In A Labrador Retriever