It's not secret that the average Labrador Retriever pup like to chew...everything in site. It doesn't matter what it is, a Lab will find it and chew it.

Labs are easily bored and also very inquisitive and they love to chew anything they can get their paws on. Fortunately a Labrador Retriever pup can be taught to moderate his chewing behaviour and only chew on those objects he is actually allowed to chew. But that is probably easier said than done.

Never-the-less there are things you can do to teach a Labrador Retriever pup what not to chew. In this article expert vets from Drs Foster and Smith discuss dogs chewing behaviour and how owners can address the problem.

Dog Chewing Behavior:
How to Control It 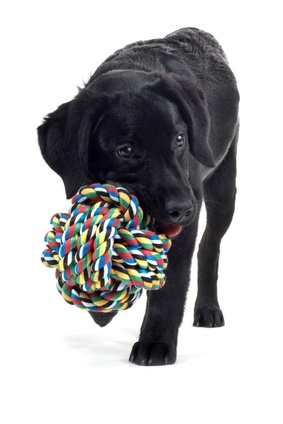 'Don't give your puppy an old shoe or sock to chew on. Puppies don't understand the difference between new and old.'

A Labrador pup chews for a variety of reasons including:

One of the ways that dogs learn and explore is through the mouth It's another way to learn about their surroundings. To stop dog chewing behavior an owner needs to redirect the behavior toward acceptable items. 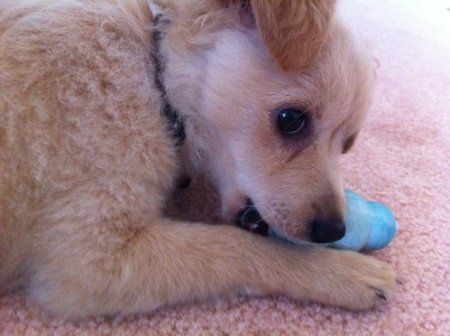 A Pup chewing toy like this one from Kong has a compartment for hiding a dog treat. A pup will spend hours trying to figure out how to get the treat. The toy provides mental stimulation while satisfying natural teething behavior.

Caring For A Labrador Retriever Pup