A miniature Labrador retriever could be just the pet for you if you have always wanted a Lab but lack a lot of space at your home or just don’t fancy owning a big dog.

They have the same kind of friendly temperament as the larger labs and they are wonderful with children. So that makes them an ideal family dog.

Mini Labs are usually between 16 to 19 inches tall – any taller then they cannot entered into miniature lab classes at dog shows. They can also weigh up to three and a half stones.

Other than their diminutive size these Labs have the same physical appearance as the larger Labs. They are the same colour as the full size Labrador, either black, yellow or chocolate.

They also share the same physical attributes of the full size Lab, with a good strong physique, and broad head, chest and hindquarters. 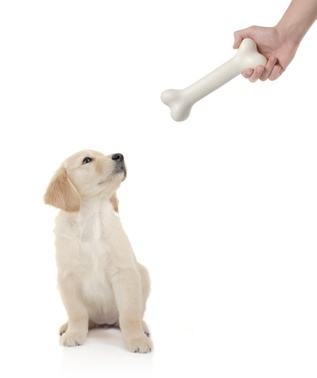 The concept of the mini Lab has created some controversy. There are those who claim that miniature versions of Labradors are deliberately created by breeding an undersized Lab dog and bitch.

They also further argue that because Labs are prone to hip, bone and eye problems, which poor breeding can cause, the deliberate breeding of mini Labs is tantamount to animal cruelty.

That suggestion is countered by the argument that a mini Lab is a pure bred variation of the Labrador breed and it is natural for them to be smaller.

Supporters of the breed also claim that mini Labs were specially bred for people such as rescue workers who preferred working with a smaller Lab.

The miniature Labrador retriever is also registered as pure bred breed with the American Kennel Club as well as several other bodies around the world.

Pure bred mini Labs should not be confused with cross breeds such as “Comfort Golden”, which are half golden Labrador retriever and half cocker spaniel, or the Labradoodle, a cross between a Lab and a Poodle. They are a breed of dog in their own right.

An Overview Of The Miniature Labrador Retriever