Coping With The Problem Of Canine Diabetes In Dogs

Diabetes in dogs, also known as diabetes mellitus, is one of the fastest growing health problems affecting the canine world. Despite the advent of new researches and studies geared towards the cure of the disease, the incidence of the condition in household pets continues to rise.

There are still no criteria for canine diabetes classification that is accepted internationally.

But, if the human criteria were to be applied to dogs, it is approximated that 50% of all cases of diabetes in dogs would be classified as type 1 diabetes. It is associated with poorly defined environmental factors, multiple genetic predispositions, and autoimmune response.

The incidence of the type 1 diabetes in canines is rising, a trend that is said to be caused due to increased contact with the environmental factors that trigger some genetic responses.

The rate of progression in this type of the disease is somewhat variable. Most of the dogs that are affected are ages 7 years and above. 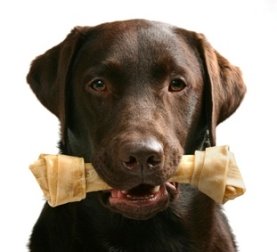 One thing that has greatly influenced the mounting prevalence of canine diabetes is the genetic factor. People who breed dogs that both have diabetes are most likely to have a diabetic litter. Studies show that dogs with diabetes have only one haplotype gene. When that gene is passed on to a puppy, that puppy is three times more likely to develop diabetes.

Other factors that are causing the rise in diabetic cases in dogs are multiple environment influences that can initiate the dog's autoimmune response.

Unfortunately, researchers have not yet discovered the specific environmental risk factors that are associated with diabetes in dogs but believe that infections, intestinal problems, and dietary issues has something to do with it.

The rate of progression due these factors is irregular but shows a highly significant seasonal incidence that peaks during the winter seasons.

Risk factors that are frequently implicated with diabetes in dogs are exposure to protein contents in a cow's milk and enteroviral infections, which trigger the destruction of the immune response in dogs.

About 20% of dogs that suffer from chronic pancreatitis, which is an inflammation of their pancreas, also suffer from diabetes. Obesity is a risk factor for pancreatitis and for the development of diabetes.

Feeding the dogs with high fat diets can lead to obesity-associated pancreatitis and plays a role in the development of diabetes.

If we look closely, what causes diabetes to be a growing problem in dogs is actually modifiable.

People just need some knowledge on the risk factors for them to take control of the growth of the disease, such as carefully breeding dogs and avoiding environmental factors that can trigger the development of the disease.

Like any other creatures dogs deserve good health. And people should know that in order for dogs to live a better life, they should properly take care of them and give them the due care that they need and minimise the risk and exposure to the diabetic disease.

More On Diabetes In Dogs