The Benefits of Neutering A Labrador Dog

The vast majority of owners believe in neutering a Labrador. This is a smart action to take from both a health and responsibility viewpoint.

So many potential health problems can be minimised or even completely eliminated by carrying out the procedure - not to mention the benefits of going someway towards controlling the problem of unwanted puppies.

Neutering a Labrador can also bring about positive behavioural changes in a male Lab and can even improve his attention span! 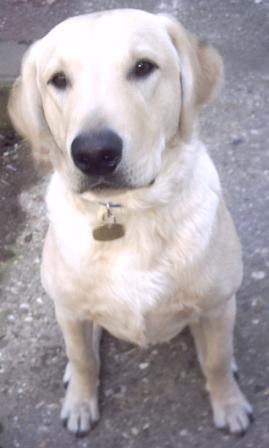 Other than population control, there are lots of very, very good reasons to castrate (remove the testicles from) male dogs. They basically fall into one of two categories – they are either behavioral or medical.

Regardless of which category we are talking about, most of the unwanted characteristics or conditions are caused by the male hormone testosterone, which is produced within the testicle. That is the major reason vasectomies have never been that popular in veterinary medicine.

A vasectomy eliminates successful breeding, but it does not reduce any of the undesirable problems of the intact male, since it does not affect testosterone production or its distribution throughout the rest of the dog's body.

One of the most important dog neutering benefits is reduced levels of aggression against other pets and humans. Male dog hormones, including androgen, fuel many behavioral issues. The androgen is what causes Labrador puppies to mount 7 - 8 week old litter mates.

The same applies to canine aggression depending on the age of the dog. For maximum effect canine castration should be done before age 1.

Neutering a Labrador also reduced the need to pursue females that are in heat. When a female is in heat she releases phermones that attract males. A vasectomy might be a cruel alternative since the male will still want to bolt out of the home and find a female in heat.

More Receptive to Training Due to Increased Concentration:

Neutered Labs are better at training and acting as a working dog. They will have a longer attention span, even with dogs of the opposite sex nearby. A Labrador free of female distractions is free to focus on you and training. 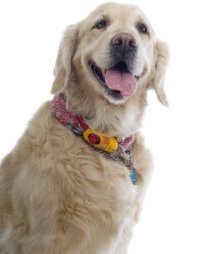 If behavioral reasons weren't enough, then medical reasons should be. There are multiple health advantages that are the result of reduced testosterone in the body. Medical issues with the testicles themselves are also eliminated.

The testicles are prone to both benign and cancerous (malignant) tumors. In dogs that are not neutered, the disease typically appears after age 5.

Improved Genetics: We all agree that a male carrying a harmful genetic trait like hip dysplasia or epilepsy should be neutered. We must do all that is possible to prevent the spread or continuation of these conditions and others like them.

Perianal hernias occur when the colon, urinary bladder, prostate, or fat protrude from the abdominal cavity, through the muscular wall by the anus and then lie just under the skin. This type of hernia is far more common in older, unneutered male dogs.

The levels of testosterone and other hormones appear to relax or weaken the group of muscles near the anus. When the animal then strains to defecate or urinate, the weakened muscles break down and the abdominal organs and fat bulge out under the skin.

In shorthaired breeds, this large bulge is noted by the owner almost immediately, but in the longhaired dogs, the problem may go on for months before anyone realizes there is an abnormality.

Left untreated, these organs may become damaged, unable to function or even die from loss of blood supply. Additionally, because of the displacement of organs into this area, the animal may not be able to defecate or urinate correctly or completely and may become constipated or have urinary incontinence (dribble urine).

The surgery to repair this condition is not simple and today can easily cost $700 to $1500 or more, depending on the severity.

Fewer Perianal Tumors: There are tumors whose growth is stimulated by testosterone. These occur near the anus and are called perianal adenomas (benign) or perianal adenocarcinomas (malignant). As with the hernias, these usually do not occur until the dog is at least 7-years old. They require surgical treatment and should be caught early in their development to prevent recurrence. These tumors and the above hernia are very, very rare in those individuals castrated at 7 to 8-months of age.

The most common medical problems eliminated in neutering a dog at an early age are those involving the prostate. Over 80% of all unneutered male dogs develop prostate disease. Prostate conditions such as benign enlargement, cysts, and infection are all related to the presence of testosterone.

Most dogs are neutered between 5 and 8 months of age. Many humane shelters and veterinarians are starting to neuter male animals at a younger age, even 6-14 weeks of age.

This early neutering does not affect the growth rate, and there are no appreciable differences in skeletal, physical, or behavioral development between those animals neutered early than those neutered at a more traditional age. It must be remembered that younger animals may need different anesthetics and are more prone to hypothermia (lower than normal body temperature) during surgery.

As long as procedures are modified to account for these differences, early neutering is very safe. In fact, animals neutered at a younger age often have faster recoveries than those neutered when they are older.

None of the behavioral or medical problems caused by testosterone are rare. Veterinarians deal with them on a daily basis. To say it in a way that may not sound very nice but is certainly true – veterinarians would make a lot less money if everyone neutered their male dogs before they were a year of age.

The Myths Of Spraying & Neutering

Return To The Top Of This Neutering A Labrador Page